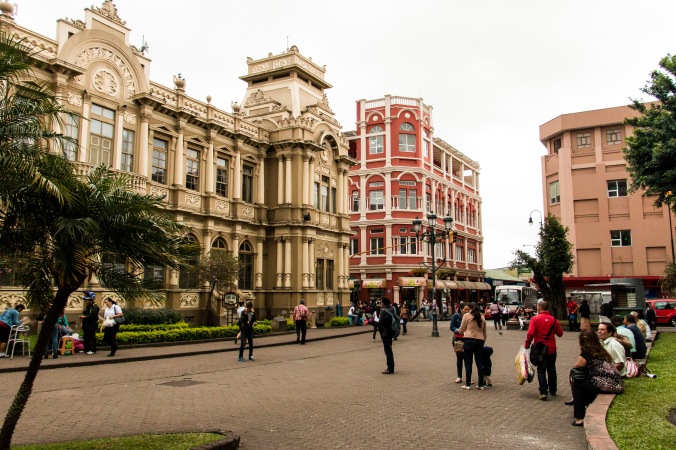 Jimmy was the driver that drove us through a hurricane in Costa Rica.

My family and I departed for Costa Rica blissfully unaware that hurricane Otto had pointed itself directly into the path of our intended destination. The US media was focused on a certain President-elect so nothing else made headlines for weeks. The fact that Central America had already felt the punch of this storm was realized only just before we left Atlanta for the last leg of our journey to San Jose. A change of plans at that stage seemed ill advised, so onto the plane we marched.

Our arrival into the capital city was all that good travel ought to be: one part chaos, one part humidity, one part joy. Our late night entry meant we were late to dinner, and badly needing a drink – quickly obtained at the only restaurant open within a reasonable walk from or hotel. Restaurant Chelles was the kind of place you might only find when it is the only place open. During regular hours that same street would be bustling and peppered with many seemingly better spots for dinning. But at 11:30 p.m. on a Tuesday after 12 hours of travel, it was perfect. And charming in its eccentricity, with crooked shelves and doorways, an ancient wooden bar and oddball clientele – four weary Americans included. But the food was hearty and the service from the lone waitress brought frequent laughs. Her eyes sparkled as she practiced her English while we stumbled through our halting Spanish to order. She was the kind of woman who was as welcoming to late night tourists as she was to homeless wanderers seeking rest and a glass of water.

We spent our first and only full day in San Jose wandering streets with no real objective in mind but to experience a new city. We managed to find excellent local markets and coffee shops before a quick trip through the stunning Museo del Oro. When we emerged from the subterranean museum, the first few bands of Otto had begun to reach the mainland. Costa Rica doesn’t regularly fall into the hurricane track, and almost never in late November. Even locals seemed unsure of what the storm might bring. But we were assured the large mountain range that divided the country would probably subdue the worst of it. It was scheduled to make landfall the next day, the day we were to drive across that mountain range to a beachside retreat for a family wedding. 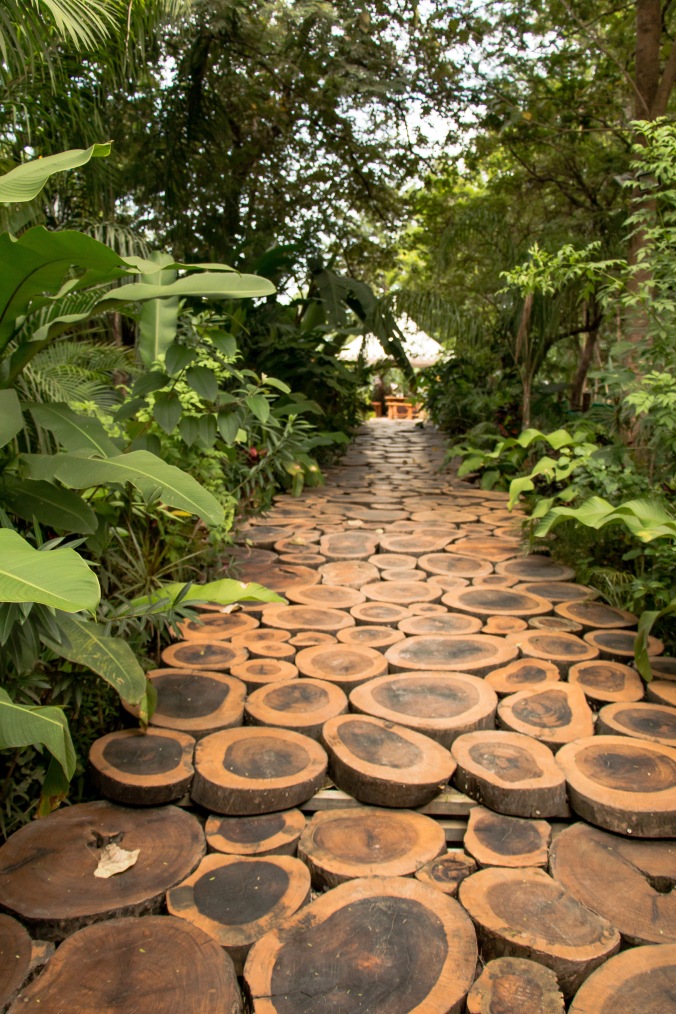 A hidden entrance to a beachside bar in Tamarindo.

Jimmy met us promptly at 8 a.m. as our now party of six packed into the van. The rain was still not heavy and as we raced out of town, it seemed less likely to be a problem on this journey. We took a brief break for lunch at a crossroads, which also doubled as a wild parrot hangout. Seeing birds so exotic to our sensibilities flying around like the owned the place was a rare treat.

The rain seemed to get heavier as we neared the mountain ranges, then all but disappeared as we turned toward the coast. By the time Jimmy delivered us to Tamarindo, we were pulling out sunglasses and hats as the sun beat down.

Sunset on the beach, after the hurricane.

As it turns out, you can outrun a hurricane, if you have some nerve and a willing driver. At least for a time. By late evening, when we were safely locked away in our condo, the rain began in earnest. The already muddy roads turned to rivers as the sheets of water pummeled the roof and patios around us. Strangely, there was very little wind. Or less than you expect when a category 2 hurricane passes overhead. Parts of Costa Rica were hit very hard by the storm, but in our little beach town we awoke to someone carefully sweeping the patio and watering the plants, like any other Friday. And so, after the hurricane, we headed straight to the beach.